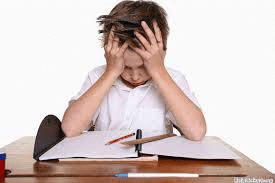 Attention Deficit Hyperactivity Disorder (ADHD) is a disorder characterized by a persistent pattern of inattention, hyperactivity and/or impulsivity that occurs in academic, occupational, or social settings.

Symptoms of ADHD sound a lot like typical kid-behavior—and that can make a diagnosis challenging. Most kids are fidgety, easily distracted and don’t want to listen. These behaviors become problematic and may be diagnosed as ADHD when they become severe and interfere with daily functioning and social and academic development.

ADHD is especially hard on parents, who often blame themselves for their child’s problems. ADHD has been labeled everything from a disorder to a disease, to merely bad behavior and lack of willpower.

ADHD is not simply a childhood disorder—data indicate that 3 to 4 percent of adults in the US have ADHD. Symptoms in adults include poor concentration, lack of focus, forgetfulness and procrastination. Adult ADHD can have negative effects on relationships and job performance and has been linked to addiction, anxiety and depression.

Experts agree that the causes of ADHD are variable and individual-specific. Current research indicates the following potential causes for ADHD:

1. Heredity: ADHD runs in families and there may be genes specific to occurrence of the disorder. At least 25% of adults with a history of hyper-activity are the biologic parent of a child with hyperactive symptoms. What genes are involved? Current research suggests that genes related to faulty inflammation modulation could be directly linked to development of ADHD.

2. Exposure to toxic substances during brain development: cigarette smoke and alcohol exposure during pregnancy have been implicated as possible triggers for ADHD. Cigarette smoke contains free radicals which can cause systemic and neuro-inflammation; inflammation related to alcohol has been shown to inhibit neuronal development and neuroprotective factors and to increase pro-inflammatory bio-chemicals in the brain—all of which have been shown to exist in ADHD patients.

4. Brain structure differences: ADHD patients showed 3-4% smaller volume in all brain regions (brain size is NOT related to intelligence). Research indicates that the presence of inflammatory cytokines is directly related to brain volume loss. (3) Neuro-inflammation is known to be tissue destructive and abnormally high levels of inflammatory cytokines have been found in patients with ADHD.

6. Inflammation— The development of ADHD is often accompanied by high levels of pro-inflammatory cytokines (6). Data suggests that this chronic inflammation contributes directly to increased neuron destruction, a feature found in ADHD brains. (5)
Food sensitivities, flora-imbalances and other gastrointestinal issues are often found concurrent with ADHD diagnosis—these issues are related to chronic inflammation of the GI tract. Coexisting conditions are an indicator of systemic chronic inflammation which may be have predictive value and contribute to ADHD symptoms.

7. Omega-3 and Omega-6 Imbalance. (3) Patients with ADHD have been shown to have low DHA (Omega-3) and high Omega 6 levels (15). This non-optimal ratio, which is probably due to current dietary preferences, has been shown to increase inflammation, especially in the brain. Low DHA is also associated with impairments in cognitive and behavioral performance (2).

8. Oxidative stress—reflects an inability to detoxify free radicals or to repair their damage. Oxidative metabolism (detoxification) was found to be impaired in children and adolescents with ADHD (1) indicating a potential role for anti-oxidant therapy in the management of symptoms.

How does cryotherapy help children and adults with ADHD? Extensive research has shown that brain inflammation is connected to virtually all types of mental illness. Mood disorders such as depression and anxiety, as well as more serious conditions like autism, dementia, and even schizophrenia, have all been linked to inflammation of the brain.

Whole body cryotherapy is fundamentally anti-inflammatory. Exposure to cold, as found in cryotherapy:

Chill Cryotherapy is dedicated to treating children and adults with ADHD. Through extensive research into the causes and most effective treatments for ADHD, we have designed a protocol utilizing cryotherapy to alleviate symptoms related to this disorder. Our medical team has integrated cryotherapy with omega-3 supplementation to provide our clients with the most effective non-pharmaceutical, non-invasive treatment available.

We are currently enrolling individuals in an ADHD treatment study. Participants must be at least 9 years old. The study includes whole body cryotherapy treatment along with optional Omega-3 supplementation. Participants will receive cryotherapy treatment at 60 percent off our regular prices. Depending on severity of symptoms and individual responsiveness, 10 to 20 treatments will be recommended over the course of 1 to 2 months.

Please call Chill Cryotherapy at 908.228.5711 for more information. The study is limited to 10 participants and is open to children and adults diagnosed with ADHD. Your privacy will be respected. Email us: info@chillcryo.net

For more information on how to treat ADHD naturally without medications, please click on this link: